The price to pay-may the Lord take up this orphan and provide for him. God is no man’s debtor.

VOICE OF THE PERSECUTED 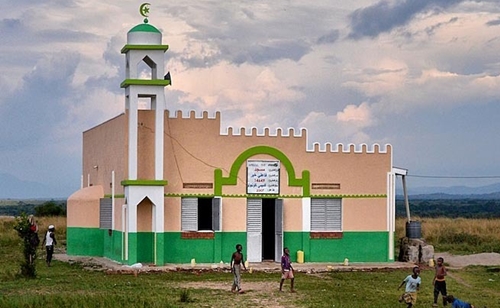 (Morning Star News) – Asuman Kaire is missing his last year in high school in eastern Uganda for having become a Christian two years ago.

Homeless and without money to pay school fees since his Muslim stepfather disowned him earlier this year in Lelya-A village, Kabweri County in Kibuku District, the 20-year-old Kaire said he wouldn’t be able to finish high school even if he had the money.

“I fear my classmates who are Muslims, as they might plan something bad for my life,” Kaire told Morning Star News.

He spoke from experience. Having been informed that Kaire was living at a village church building, local Muslims with sticks and Somali swords on June 15 attacked, demanding his death as they tried to enter the church compound shouting the jihadist slogan, “Allah Akbar [God is greater],” sources said.

Christians and Muslim neighbors in the predominantly Muslim area…